On 7 February the exhibition of the famous Kaliningrad artist – creator of the Easter eggs with amber, is opening in the Amber Museum. The most part of the works that will be shown, was donated to the museum by their author, the museum's true friend – Aleksandr Koroliov. Artworks made in 1999 – 2019 have been selected for the exhibition.

The artist was born in 1951 in Baltiisk, Kaliningrad oblast. He graduated from Kronstadt College of Midshipmen, until 1996 served in the Russian Navy. Now he lives and works in Kaliningrad. He has been carving amber since 1987. He finds creative baseline in the history of the world art emphasising artistic features of the Renaissance, Baroque and works by masters of the Carl Fabergé Company. In 2015 Koroliov was distinguished with the honorary award of the Carl Fabergé Memorial Foundation "Order of the Romanovs", he also received the title "Chief Master" with awarding the F.P.Birbaum Order

The artist is known far beyond the Kaliningrad region as creator of amber goblets, caskets, flower compositions, and a series of the Easter eggs. In his works beside amber, he uses precious materials, "cold" enamel.

Aleksadr Koroliov is a constant participant of regional, Russian, and international exhibitions and contests of applied art. His artwork "The Walz of Flowers" received a diploma in the category "Theatre" at the Eighth International Biennial of Amber Artworks "Alatyr" in 2018.

Artworks by the artist are in the collection of the Kaliningrad Regional Amber Museum, in private collections.

You are welcome to visit the exhibition until 1 March. 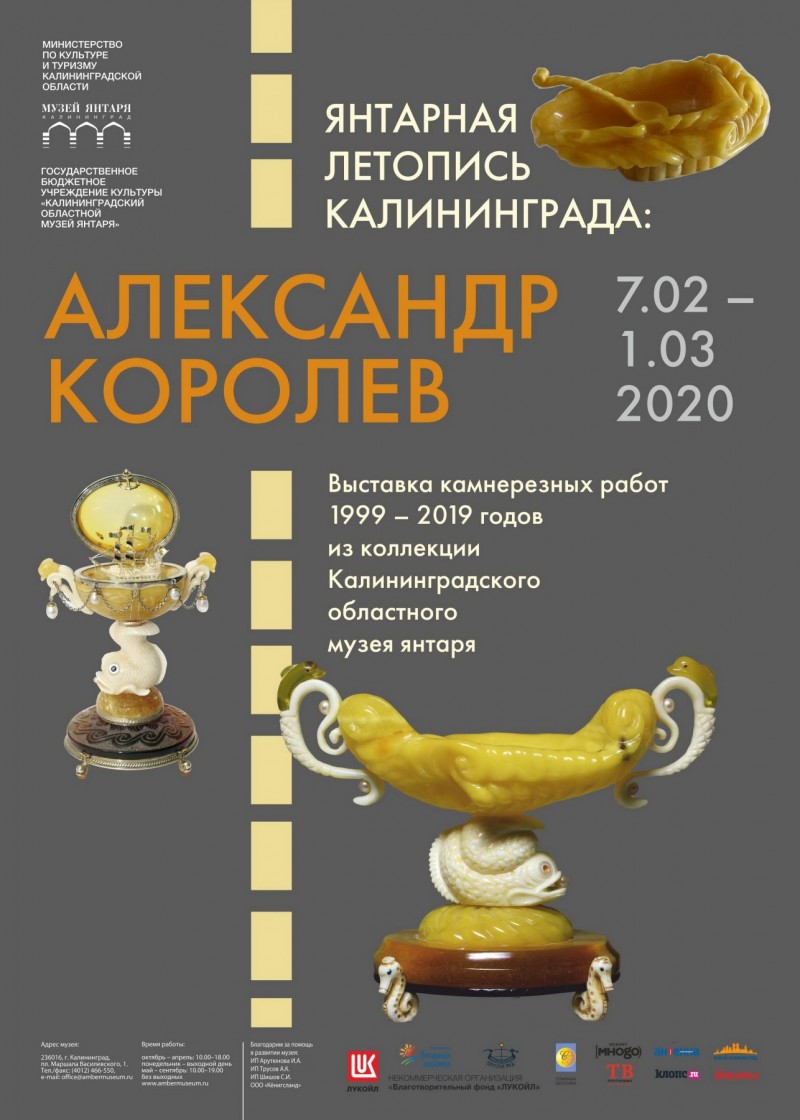