The artist creates jewellery with natural Baltic amber, uses various technologies and techniques. There will be laser and cutting works, galvanics, high-quality casting, items made with 3D technologies as design and printing in the exhibition.

Petr Sleptsov was born in Yakutsk on 10 August. His career began in 1988, when he worked as a master in Yakutsk Rembyttechnika. According to artist's memories, he learned in a multinational group, where he gained invaluable experience of jewellery mastery. Mostly, he had to work with diamonds, emeralds that were mined in Yakutia. The artist created works in classical style, in Sakha people style, as well as fantasy works using filigree.

In 1996, Petr Sleptsov moved to Kaliningrad, where he met wonderful masters, amber carvers Natalia Almazova, Viktor Ivanov, Alexander Yuritsyn. Influenced by these artists, Petr Sleptsov changed his attitude to the sunstone and began to use it in his works, as well as actively participate in common projects. Since 2009, the artist has been participating in contest exhibitions organised by the Amber Museum.

Guests of the Amber Museum will be able to see artworks by the Kaliningrad master until 27 September.

Virtual opening of the exhibition will be held online in the museum's official accounts on social media. 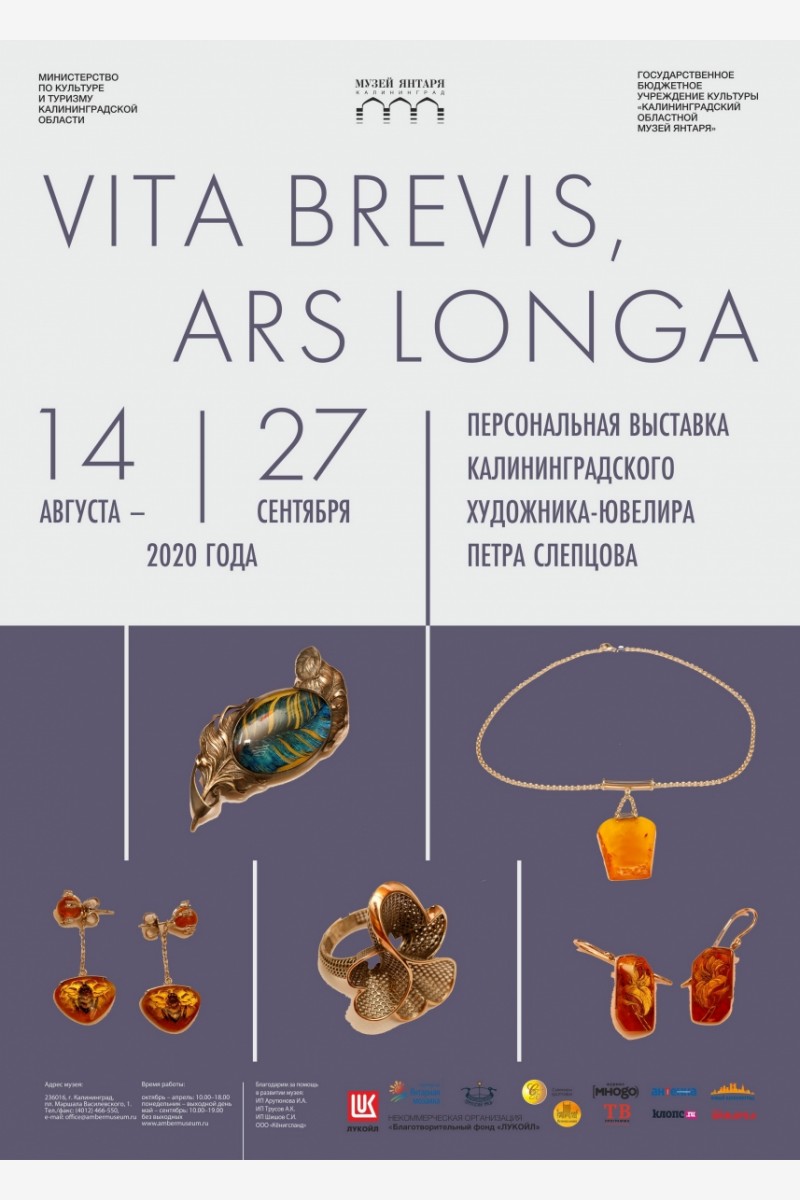