Today in the morning, on the rampart behind the Amber Museum, a production team from the Moscow 24 TV channel in cooperation with the Victory Letters portal was shooting an episode fro the new show on the cities of military glory and heroic cities in Russia, as well as on the places, which Soviet soldiers went through on their way to the 9-May Victory.

One of the episodes is dedicated to Kaliningrad.

In this one, actress Yuklia Peresild ("Fight for Sevastopol", "The Bride", "Esenin", etc.) has been filmed together with Maksim Vitorgan. They walk on the rampart behind the Dohna Tower and talk about the Königsberg assault.

As the programme chief production director told us, "we film no tactics and strategies, but people who loved in the wartime and jest lived".

Premiere of the programme cycle "The Victory Letters with Maksim Vitorgan" was on 27 January. The script of this documentary series, created to support the large project for the 75th anniversary of the Victory, is based on letters of participants of the Great Patriotic War.  In the company of the show host, famous people, whose families were also engaged in the war, went on the journey to memorable places. They look for artefacts, make discoveries, read letters, and share memories of their relatives. 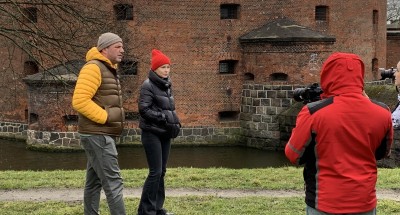 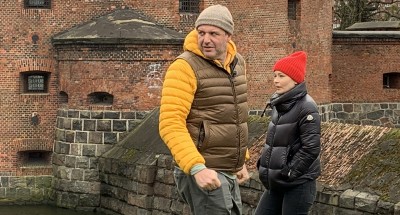