"The Light of Cast Image"

On 12 October an exhibition from the Grodno State Museum of Religion History is opening in the Amber Museum.

The exposition will familiarise Kaliningrad guests with the Russian orthodox art – works of religious copper casting from the 17 – early 20th centuries. It is the first time all these objects are exhibited beyond the borders of the Republic of Belarus.

The Grodno museum presents devotional objects as artefacts of the sacred art in the context of development of the orthodox cultural tradition. The icons, roods, and folding icons familiarise with the hagiography of saints and the historical background of the epoch, when the saints got famous. The exhibition gives the opportunity to learn about the canon of the orthodox cast icon, which was made based on painted example.

The copper casting has been known on the territory of East Slavs since 11th century. Beauty and cheapness, ease of fabrication, ability to produce a run contributed to the mass distribution and existence of copper devotional items mainly among lower social groups. The copper casting has always been drawn to the folk culture. To a great extent it defined its destiny in the history of art and crafts, left a mark on the appearance of the works. It was believed by people that the copper casting had been baptised by fire, therefore cast icons, roods, and folding icons were felt  as some talismans that protected from different troubles. Resistant to mechanical damages, they were practical in everyday use and in travelling.

The exhibition "The Light of Cast Image" is return move within the cooperation with the Kaliningrad Regional Amber Museum that gave an opportunity to guests and residents of Grodno to see the exhibition "Gold of the Baltics" from July to September of this year.

You can see the works of religions coppers casting until 9 December. 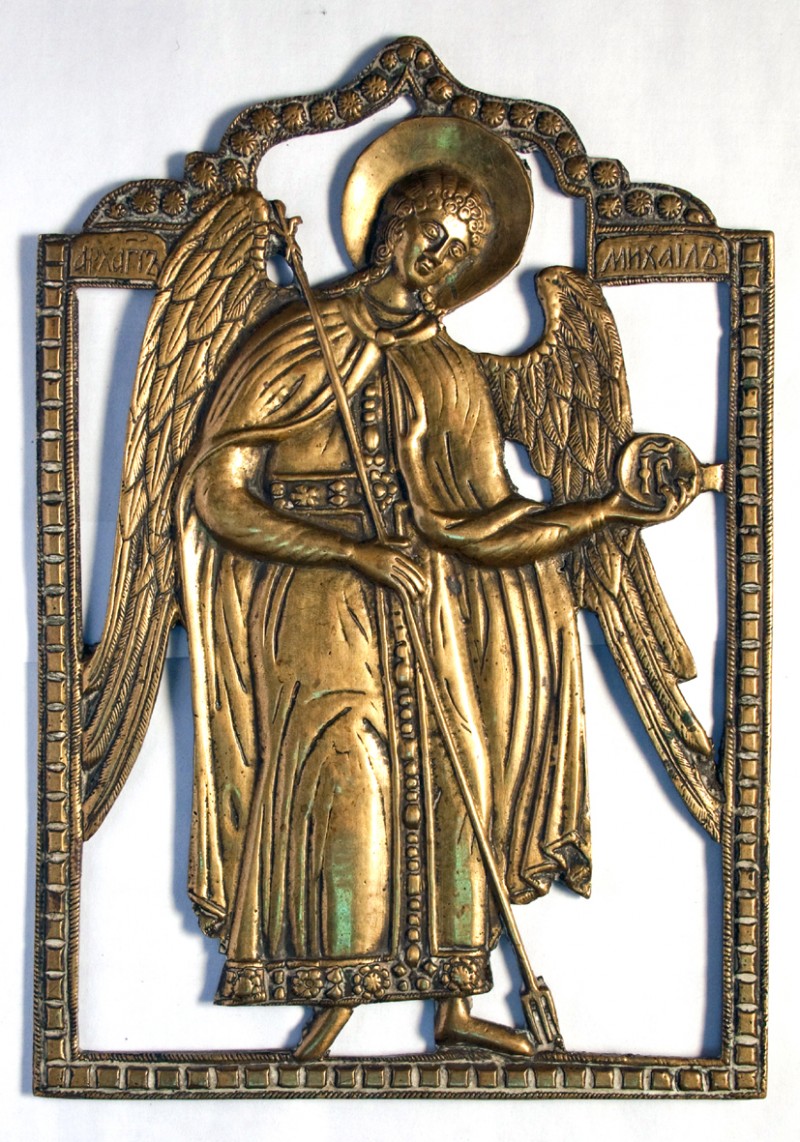