The Amber Museum invites to visit a new exhibition "Fairy Tales revived in Silver" from 27 July, which will be working only for two weeks. The internationally known Volgorechensk Jewellery Plant "Russian Silver" is presenting its works.

The Russian style, in which the Volgorechensk Jewellery Plant works, was created in the 19th century and won the international acclaim. The city of Volgorechensk appeared in the middle 20th century in the place of villages of Sidorovskaia volost, know for its silversmiths. National school of Russian art silver became a significant artistic and aesthetic event in the world applied art of the 19–20th centuries. The Volgorechensk Jewellery Plant regards one of its tasks to revive the Russian style in its best traditions, as well as recover its stature at the international market.

The main focus of the plant is production of designer collections of silver plate. Masters turn to the monuments of old-Russian culture, transfer values typical of Russian culture into plastic images, and thereby they keep practical qualities of the items.

Virtual opening of the exhibition takes place in the museum social media accounts on 28 July at 11.00: VKontakte, Facebook. 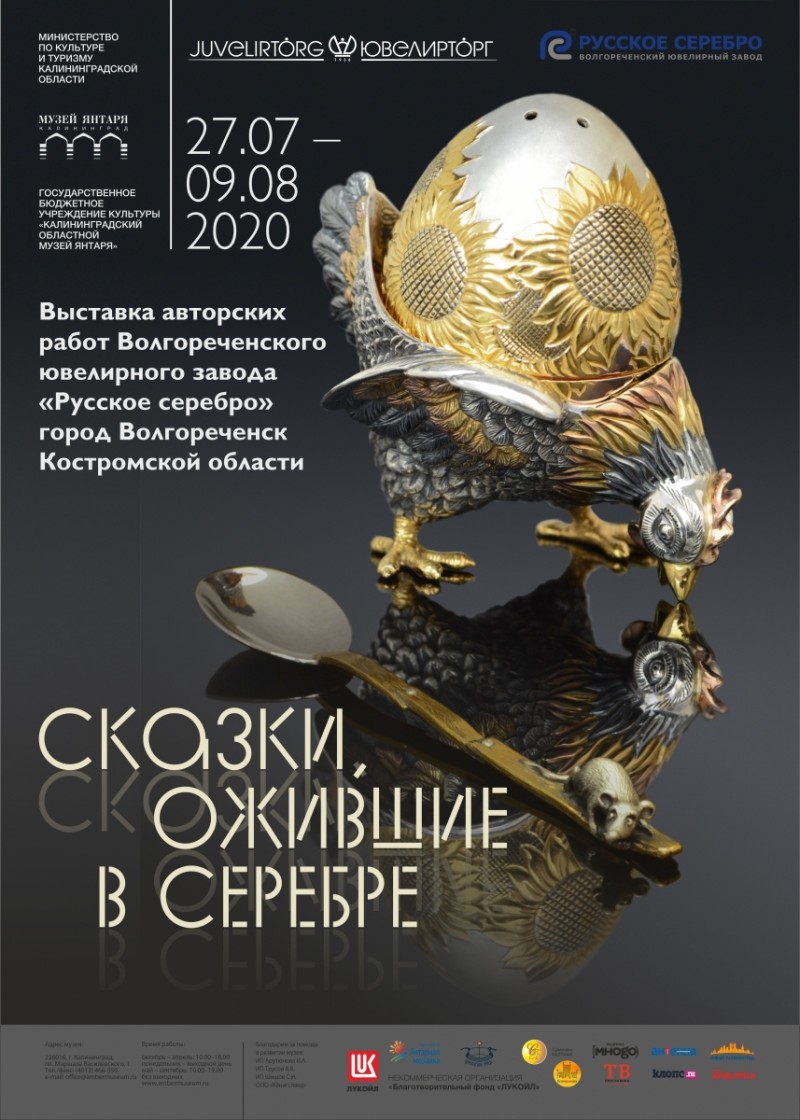