The opening ceremony of the exhibition was attended by the governor of Kaliningrad region Nikolai Tsukanov; regional minister of culture Svetlana Kondratieva, executive director of the Amber House in Saint Petersburg, president of the fund “Charitable programs development” Evgeny Tatuzov; Elena Zhuravlyova – widow of the outstanding amber artist from city on Neva Alexander Zhuravlyov (1943 – 2009); Alexander Krylov – amber restorer of the highest  category, who worked over 20 years on revival of the Amber Room in the Ekaterina Palace; Kaliningrad artists and heads of the companies-producers of amber works.

“An amazing exhibition – shared his impressions Nikolai Tsukanov. – And we going to do everything for giving our masters a possibility to create such fascinating items of Kaliningrad amber, to preserve traditions of Russian school of amber art, to make our Amber Museum to a leading stage of sun stone popularization, demonstration of the best national works of it”. The governor emphasized  the fact that such an event in cultural life of the region can be considered as another step to making Kaliningrad region to the world center as of amber extraction, so of its artistic treatment. The aim is even more realizable with such partners as Evgeny Tatuzov.

“I came to Kaliningrad in 2003 for the first time, told Evgeny Tatuzov. – and fell in love with Kaliningrad region, where unique history, talented people and beautiful amber are tangled together. Idea of creation of the gallery Amber House appeared then. For several years we had been working on it and finally realized it in 2007. The collection has grown to museum format; new knowledge, serious work of art critics, researchers and custodians is needed. We have found everything in the Amber Museum. That is why it is possible that the collection could stay here forever.”

“This event has no analogs in our city or region. It is the first time, when a private collection of such a high level can be handed over to a state cultural organization”, - noticed Tatiana Suvorova – director of the Amber Museum.

The exhibition has real chances to become a museum permanent exhibition as both the collection owner and Kaliningrad side announced such wish and their commitment to take all needed steps for achieving it. One of them is expansion of exhibitional space of the Amber Museum; regional Authorities intend to make for it.

During the opening ceremony exposition was called “a new amber room”. Items presented in the exhibition – decorative panels, caskets, clocks decorated with amber – are created by contemporary artists from Kaliningrad and Saint Petersburg.

There are bonuses for students and school children. 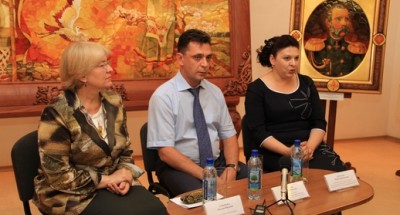 Journalists’ questions were fielded by director of the Amber Museum Tatiana Suvorova; executive director of the Amber House in Saint Petersburg, president of the “Charitable Programs Development Fund” Evgeny Tatuzov; head of Arts, Museums and Educational Activity in Cultural Sphere Department of the Ministry of Culture in Kaliningrad Region Marina Sergeeva 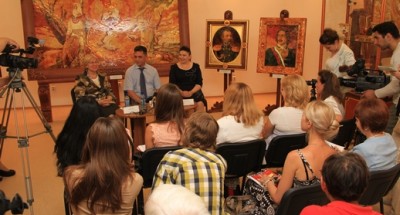 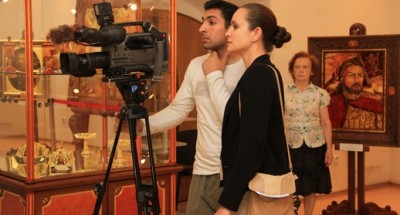 There were several Kaliningrad TV channels at the exhibition opening 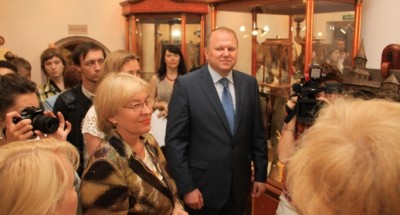 Governor of Kaliningrad region Nikolai Tsukanov was one of the first persons, who observed the exposition 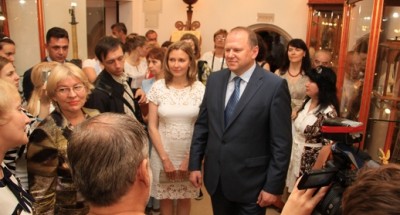 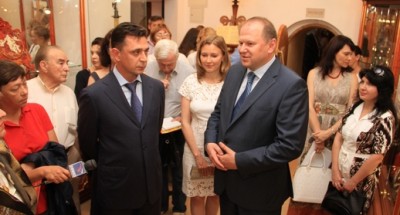 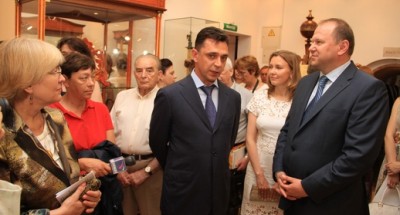 At the opening ceremony of the Amber House exhibition 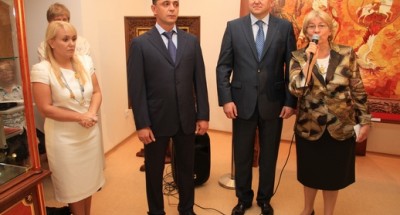 At microphone – director of the Amber Museum Tatiana Suvorova 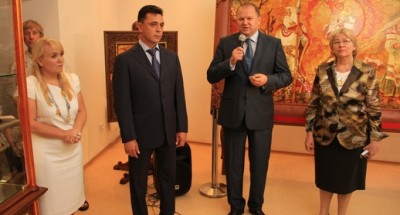 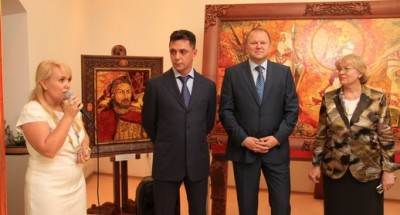 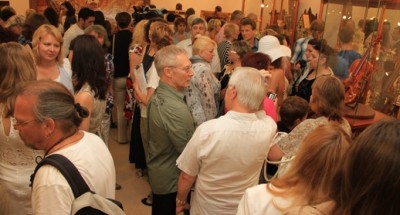 Opening of the exhibition ran to a full house 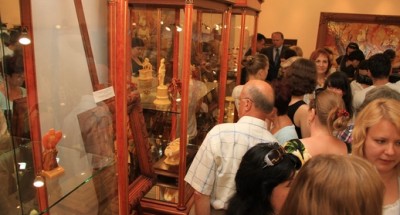 Show pieces aroused an intense interest by the guests 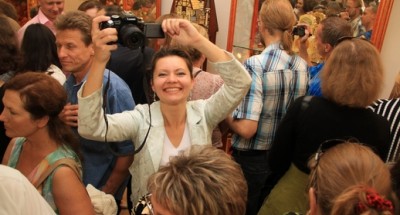 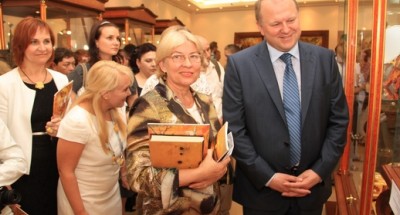 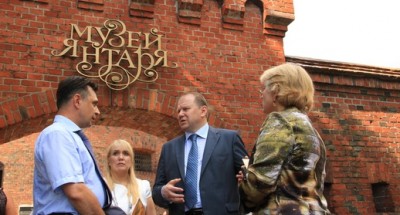 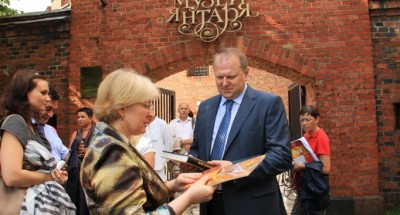