"These Sounds will Echo in Your Soul"

On 7 February, a night of romantic music is taking place in the Amber Museum. The Kaliningrad duet "A Step to Meet" is performing with the programme "These Sounds will Echo in Your Soul". Old and modern Russian romances will be sung and played by Tatiana Slobodskikh (vocal, guitar) and Elena Uriupina (flute).

Combination of the voice and flute duet with the accompanying guitar is not typical of the romance genre. However lyricism and softness of the sounds create romantic and heartfelt atmosphere. At concerts of the duet "A Step to Meet", their audience not only listens , but also often sings well-known romantic songs together with the musicians.

In 2013, the duet represented the Kaliningrad region at Russian Volga Festival and Contest of Russian and Gipsy Romance in Kineshma. Winning the first prize of the festival, the duet was best remembered not only for the unusual accompaniment singing romances to the guitar and the flute, but for showing impeccability of settings and sincerity of performance. Chairman of the festival, president of the Association of Russian Romance "Emerald" («Изумруд») Nadir Shainsky distinguished the bright identity of the duet, originality of the settings of famous romances and  hereby careful attitude towards preservation of the traditions.

The Merited Artist of the Russian Federation Lidia Nebaba gave a high estimation to the duet. Attending a concert of the duet, she praised their manner of performance and expressed hope for their success and acceptance.

The duet has represented the Kaliningrad region in Russia and abroad many times. The musicians cooperate with the Amber Museum, the Museum of the World Ocean, the Hermann Brachert Museum in Otradnoie, city libraries, they also often give charitable concerts. 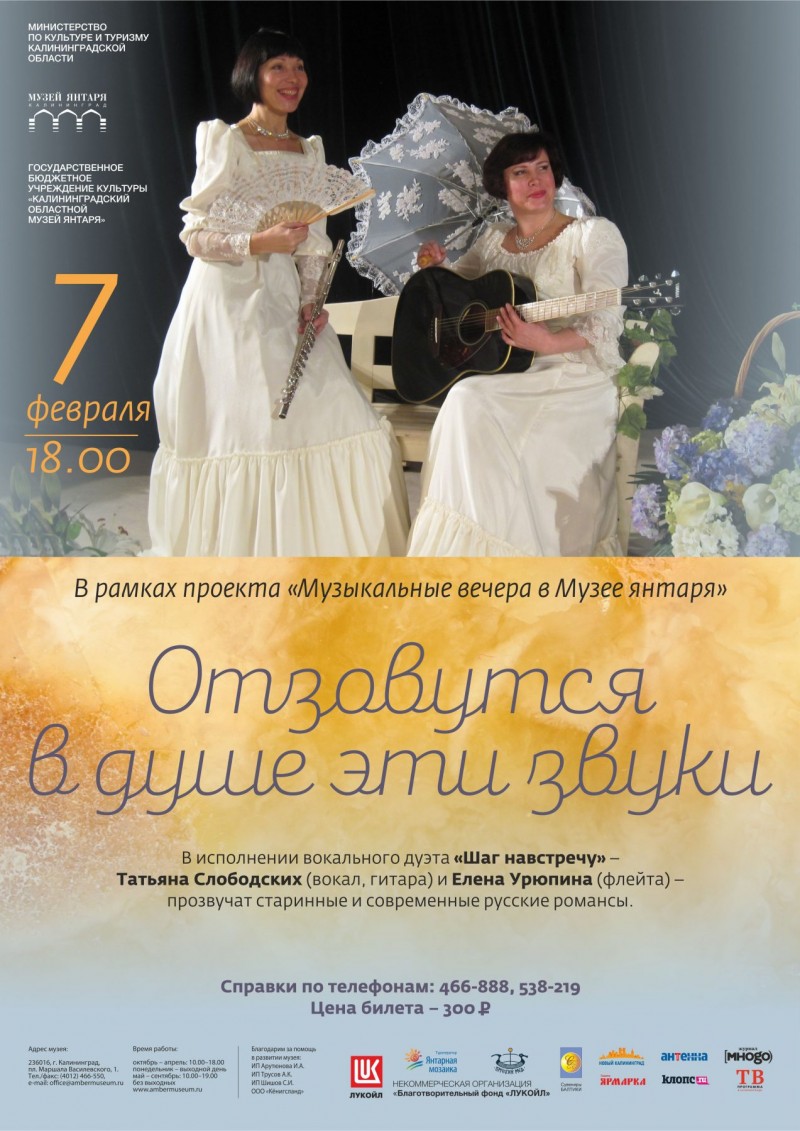