Opening of the exhibition "The Light of Cast Image"

The exhibition of copper religious casting from the 17th–19th centuries has been opened in the Kaliningrad Regional Amber Museum.

Over 150 showpieces have been brought from the Grodno State Museum of Religion History. The new exposition is dedicated to the Russian orthodox art. One can see roods, home icons and copper decorations on the old vestry books there. It is the first time all these objects are exhibited beyond the borders of the Republic of Belarus.

At the exhibition opening ceremony welcoming speeches were said by the head of the office of the Embassy of Belarus to Russia in Kaliningrad Sergei Molunov, head of the Information Department of the Kaliningrad eparchy priest David Rozhin.

Director of the Amber Museum Tatiana Suvorova  also greeted the exhibition curator – senior research associate of the Grodno State Museum of religion History Igor Gonchariuk, and gave him gifts for the colleagues in Belarus.

At the opening ceremony music was played by the master in making old-Russian music instruments, director of the folk group "Rossichi", leader of the folk bamd "Veresk" Dmitriy Lebedev.

The exhibition will work until 9 December. 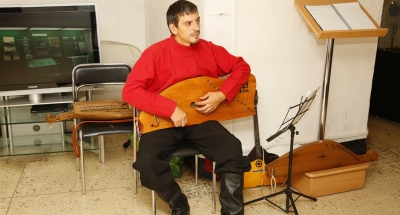 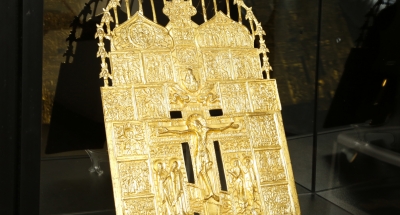 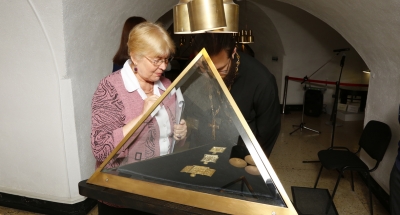 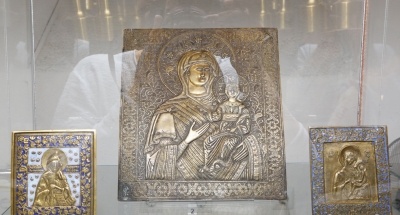 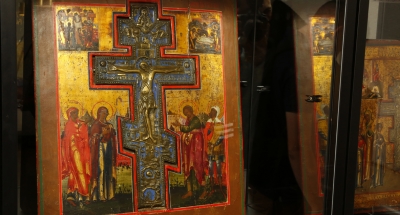 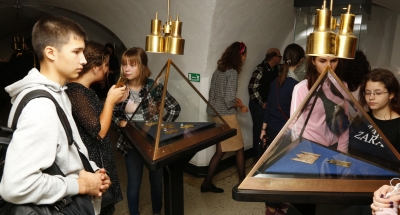 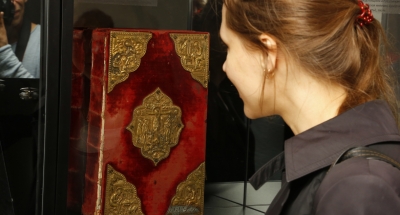 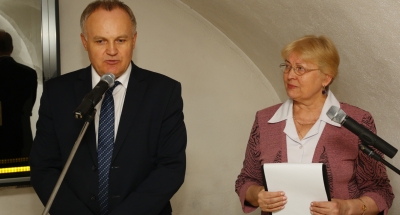 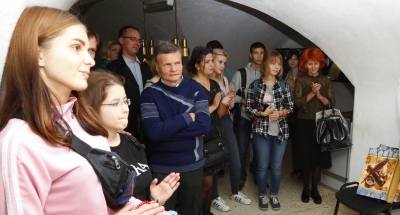 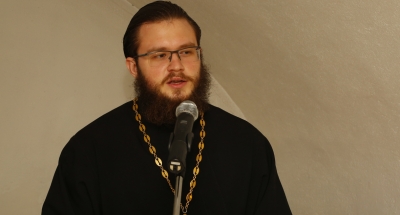 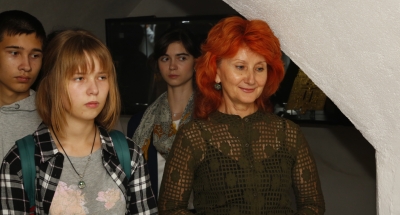 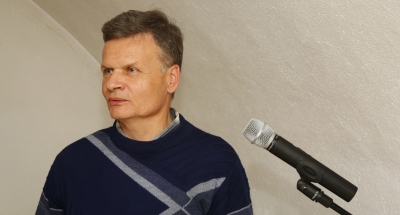 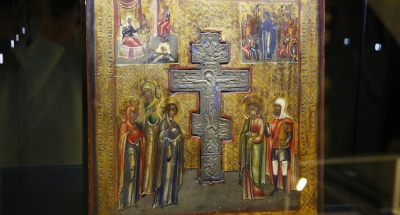 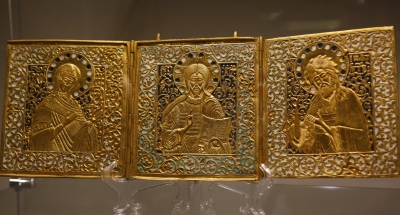