At the new exhibition "Nevsky Perspective", the Amber Museum is presenting examples of Petersburg jewellery of four recent decades inspired by the spirit of the city.

Turning to the history of Petersburg construction, we will remember that many architects, artists coming from different parts of Europe and Russia realised their ideas here – what they failed to make at home. And, feeling the "magic of the place", they became Russian or, to be precise, Petersburg artists. This old tradition still lives today. Jewellery artists who was born in Leningrad–Petersburg or came here to study from other cities enter into the spirit of the city, its huge background and become followers of the "Petersburg style". This style is characterised by consistency and strictness of design, deliberateness, harmony, concept. However the scope of stylistic decisions is wide, it is compliant with Nevsky perspective (Nevsky Prospect was called so in 1739–1802), whose buildings are made in various architectural styles, but at the same time they sound as one harmonic ensemble.

As the northern capital, Kaliningrad is also one of the most western and most European cities of Russia. It makes location of the exhibition "Nevsky perspective" in the Kaliningrad Amber Museum even more important that consistently introduces advanced and traditional achievements in jewellery to our country.

The new exposition will be open from 18 September to 13 December. 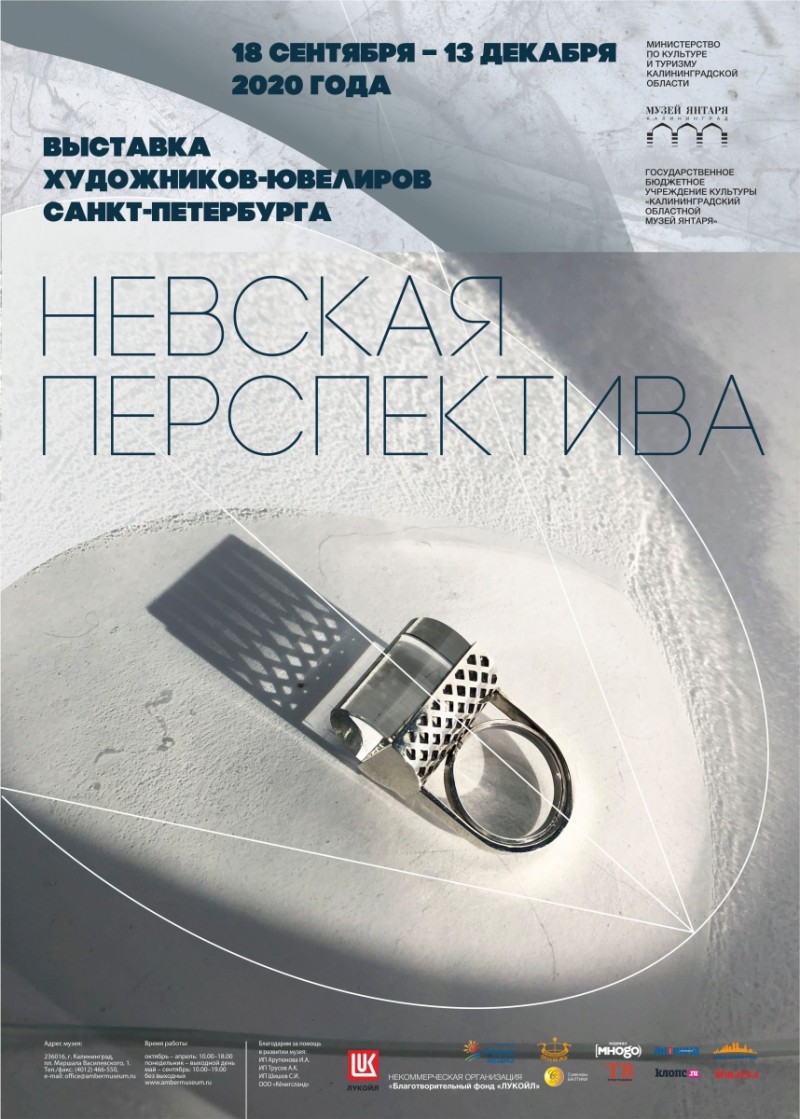