The Day for Russian cadets in the museum

On 11 October the Amber Museum took part in the all-Russian action "The Day for Russian Cadets in the Museum". The students had an excursion to the viewing platform of the Dohna Tower. The cadets were told about the history of building the fortification, as well as about the attack of the tower by the Soviet troops during the conquer of the fortification city Königsberg.

Around 300 students of cadet classes from the schools No 10, 24, 50, also from the St.Andrew Naval College visited the museum this day.

The action "The Day for Russian Cadets in the Museum" was established in 2016 by the Russian Ministry of Culture upon the initiative of the Russian Military Historical Society. 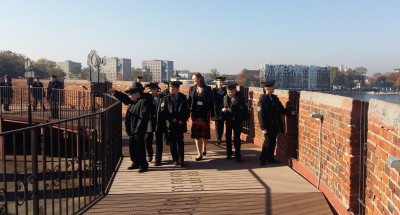 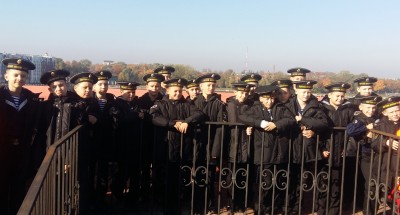 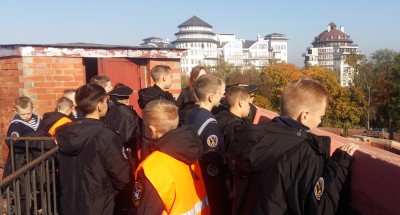 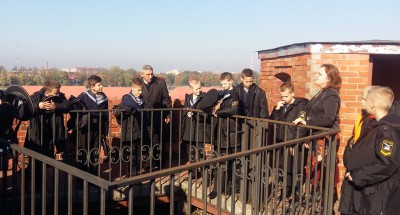