"What a Woman Want"

In the new exhibition "What a Woman Want" from 21 February, the Amber Museum is presenting modern artworks made from beads and completed with amber.

Adornments embroidered and crocheted pieces for clothing decoration were made by a MariNik company, founded 16 years ago by Tatiana Kolimasova. Today, seven masters work in the company.

"Often, there are several techniques and ways of plaiting combined in one piece. For example, in the mosaic plaiting beads are set close to each other, so they make a pattern similar to honey combs, or mosaic. This technique is used for those elements that should hold the form, usually these are leaves and flowers", – told us the leading designer of the company Natalia Yanushkevich.

Appearance of beads as material for jewellery is closely connected with the history of glasswork that is 6000 years old. According to scientists, the first items from glass – dishes, and beads first appeared in the Ancient Egypt. Then this technology spread all around the Mediterranean coast, it was successfully improved in the Roman Empire, and kept its significance in the culture of mediaeval East and West. In the 17th–18th centuries, mass production of beads was launched in Germany, Czechia, Britain, and Russia. However, the main supplier to the world market were Venice and Bohemia. In the late 19th – early 20th centuries handicraft with beads was widely spread in many countries of the world.

As museum's art historians say, a new stage of popularity of this craft is connected with emergence of new technologies and materials for beads production  created in the middle 20th century in Japan. There were beads of  the broadest scale of colours, with various texture effects, coats (they provide smoothness, reflection of light, and wide variety of colours), complicated shapes – drops, pyramids, hexagons, etc. Many of these kinds will be featured in the artworks by MariNik company, including jewellery made based on designer schemes. "In 2014–2015, based on the motives of the Sandra Halpenny's scheme, the whole collection of adornments was created. Its signature feature is flower ornaments and pattern recurrence. To be able to include amber in our works, we adjusted and changed the schemes", – mentions designer of the company.

The exhibition "What a Woman Want" will be exhibited in the museum from 21 February to 22 March. 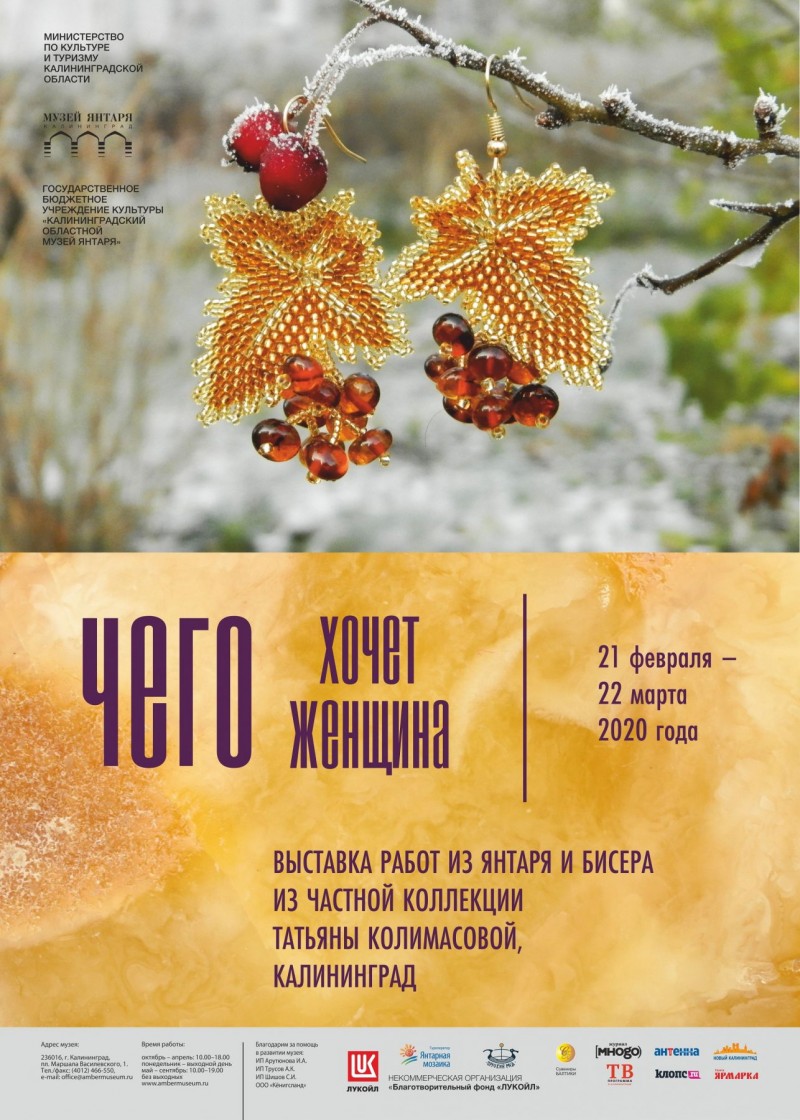