Facing the Maslenitsa festival, the exhibition of Russian national costumes from the private collection of Svetlana Lebedeva has been opened in the Amber Museum. There are both historical originals, and modern versions in the exhibition "Span, Waved, Embroidered...".

There are mostly costumes of girls and women from Russian peasant families. In every region – Riazan, Voronezh, Belgorod, north-western regions – were own mostly treasured colours, embroideries, and customs of wearing clothes.

The most part of items dates back to the late 19th – early 20th century. Fabrics for them were made in a home-span way, costumes were also hand-tailored. There are adornments and head dresses – reconstruction of historical objects recreated based on ethnographic sources.

Co-organiser of the exhibition Svetlana Lebedeva started gathering her collection of Russian national traditional costume in 2006. Four years ago she organised and has been leading an amateur association "Study of Russian Traditional National Costume". 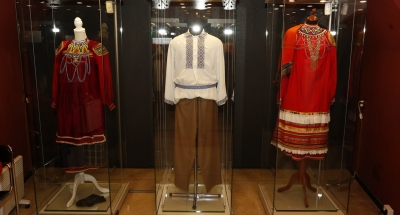 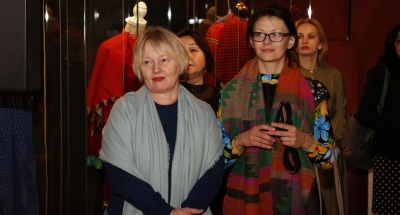 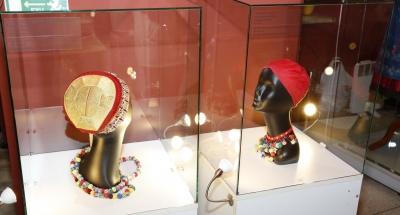