The exhibition with results of the Ninth Regional Biennial of Amber Artworks is opening in the Amber Museum on 17 July.

There will be around 100 works by Kaliningrad artists that passed the contest selection, they are united with one theme dedicated to the 75th anniversary of the Great Victory.

This year, the Amber Museum has dedicated the regional contest and exhibition to the courage and heroic persistence of the Soviet people in their fight for freedom. Kaliningrad region, as territorial subject of the RSFSR and then Russian Federation, runs its history since the last months of the Great Patriotic War, so it kept many material and non-material evidences of this time. Fates of liberators and resettlers, names of Kaliningrad streets and avenues, memorial buildings in our city and region, 75 anniversaries – veteran meetings, speeches, celebrations… – these are just fragments of people's memory, that art can capture and preserve.

In works from the sunstone artists were proposed to reflect facts and symbols of this most important event of the national history and show their excellence of amber treatment. Works submitted by artists will be considered in five categories: "Images of the History. Königsberg–Kaliningrad", "Best Creative Idea", "Best Mass Production Item", "Debut", "Glory to the Russian Literary Style!". On the results of the jury work, authors of the best artworks will be awarded diplomas at the exhibition opening ceremony. Photographs of the objects will be published in the traditionally made by the museum Russian catalogue of the regional biennial.

Virtual opening of the exhibition will be held in the museum's social media accounts. 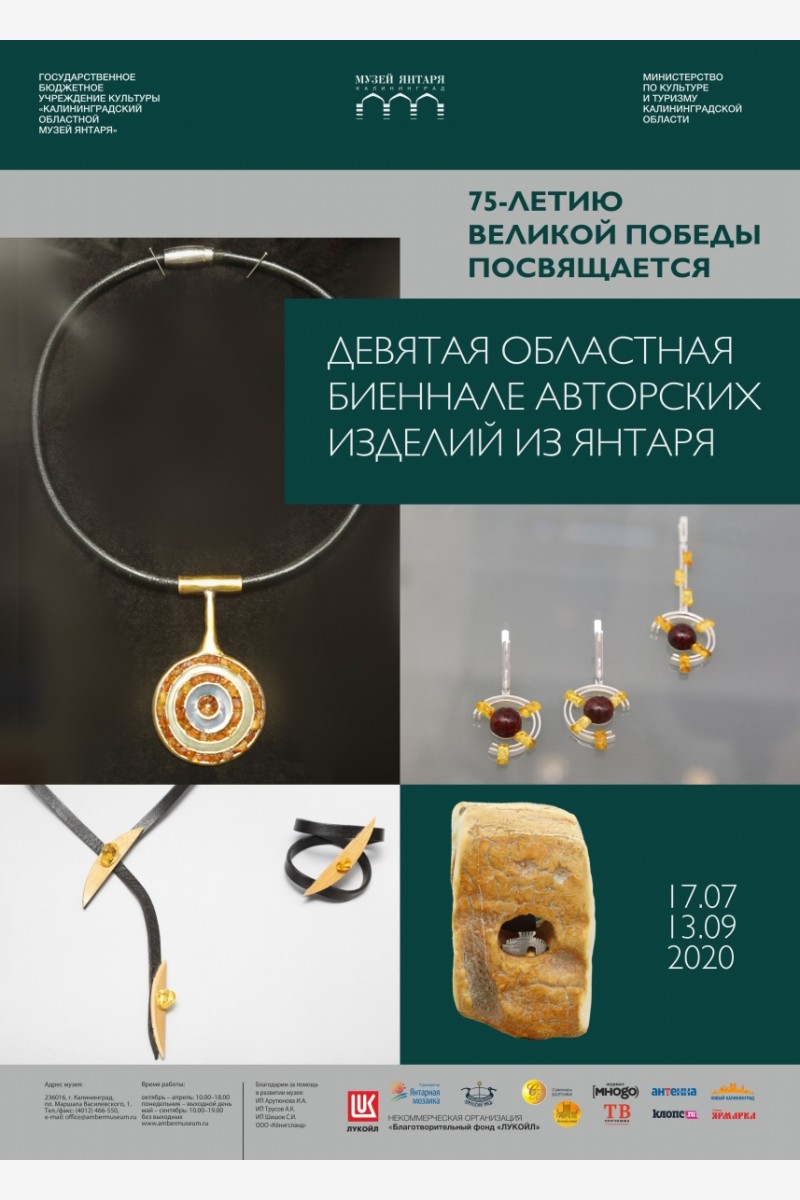