Opening of the project "Violet Street: from Paris to Kaliningrad"

– For the third time we are hosting our guests from France, – she said. – Members of the association "Un jour, un artisan..." show their artistry to residents and guests of Kaliningrad. All of them are highly professional artists, wonderful masters in their spheres. Guests of the exhibition, that will be working only for a few days, will see small statuary, sculpture, stained-glass work, pieces made of wood, metal, ceramics and, of course, amber.

Then the deputy vice-minister of culture of Kaliningrad oblast Svetlana Zagrebina addressed the welcoming speech to the audience. She distinguished significance of the event and the magical atmosphere in the museum during the "violet days", she wished artists creative success.

Project curators from Russian and French sides traditionally are specialist of Department for Exhibitions and Projects Svetlana Ivanova and president of the association "Un jour, un artisan..." Jean-Claude Guillemot.

– We have made a world-wide discovery, – mentioned Jean-Claude Guillemot. – It appears, it is very possible to make trips to Russia, to cooperate, to have friendship. All barriers are overcomeable. The result is fantastic. We are glad to host Kaliningrad amber artists, we gladly come to Kaliningrad, the city where we learned amber and gave our hearts to this warm stone. In June, Kaliningrad artists were in Paris, where for the third time designer works were presented in the open air in the Violet Street. And in October, they will come to the major international show in Chartres.

After that, some greetings were spoken by director general of the FSUE "Kaliningrad Amber Combine" Yuriy Mukhin and executive director of this legendary enterprise Marina Ivanova. 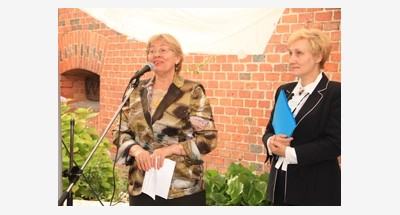 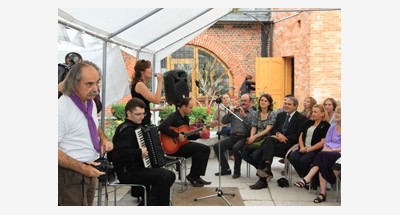 Trio "Paris" on the stage 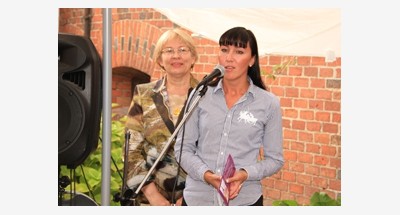 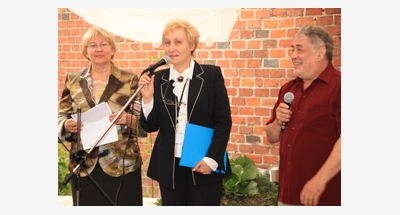 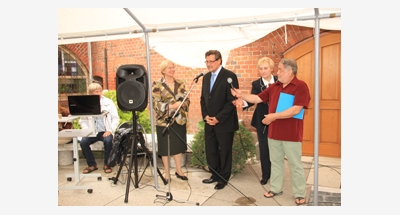 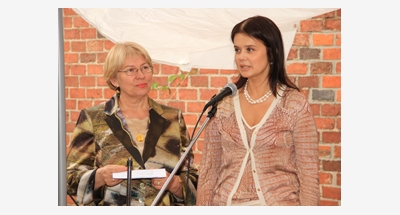 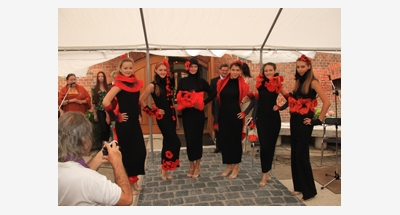 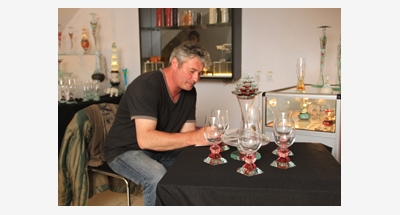 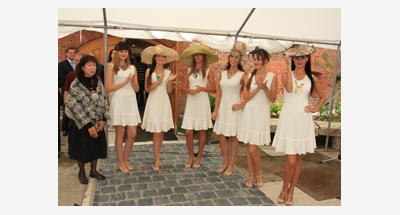 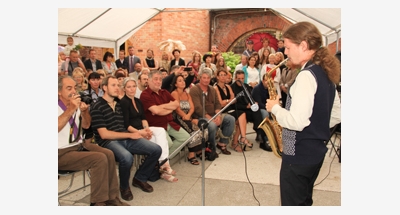 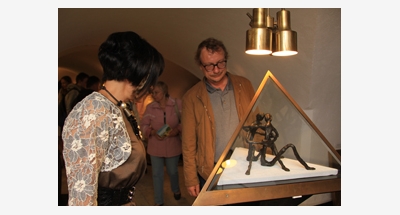 Guests at the show case with works by Gabriel Diana 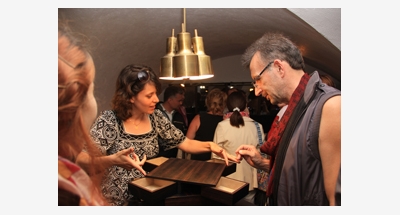 The exposition with works of French masters aroused interest of guests