Opening of the exhibition of works made by French artists

Opening of the exhibition of works made by French artists took place in the Kaliningrad Amber Museum. This exhibition is part of the project "Violet Street: from Paris to Kaliningrad". The ceremony was attended by the Minister of Culture of the Kaliningrad region Svetlana Kondratieva. She emphasized that the cooperation between the Amber Museum and the Association "Un jour, un artisan...", founder and president of which is Jean-Claude Guillemot, has been successfully developed since its beginning in 2009. Every year, Kaliningrad residents and visitors of the city have the opportunity to see works of contemporary French authors and, in turn, our local artists show their works in Paris.

Vice-Consul of the Consulate General of Germany in Kaliningrad Daniel Lissner in his welcoming speech mentioned that such projects contribute to the consolidation of friendly relations between the two countries and start the dialog between different cultures.

The representative of the mayor of 15th district of Paris (that is where the Violet Street is and the fair of art crafts "Violet Village" takes place) Ms. Chantal Shapley expressed regret that the head of this county Mr. Philippe Goujon could not come to Kaliningrad due to previously planned business trips.

But she also said that he is going to visit our city next year under the project "Violet Street: from Paris to Kaliningrad".

Jean-Claude Guillemot gave diplomas to those Kaliningrad artists who participated in the project "Violet Village" – Yuri Velikotskiy, Vladimir Litvinko, Elena Tikhomirova and Galina Syromyatnikova. And they in turn gave him a present – a captain's cap with the words: "Brigantine under violet sails sets annually from Paris to Kaliningrad, and you are the captain".

The Fashion and dance Theater from Kaliningrad regional center of youth culture and accordionist Alex Zgama contributed a musical highlight to the ceremony.

Then guests of the evening had a chance to see the objects presented in the exposition. Those objects were made of different materials, such as metal, ceramics, stone, glass and wood. These amazing works are made using ancient techniques and modern technology by French craftsmen-participants of the association "Un jour, un artisan...". There is only a single copy or small series of each object. They clearly demonstrate high level of professionalism, good taste and personal style of each author. 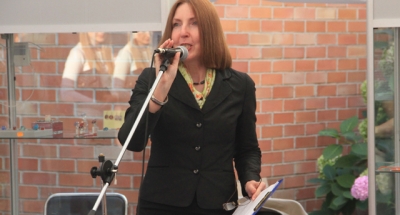 The ceremony was opened by Irina Toropova,
Deputy Director for Research of the
Amber Museum 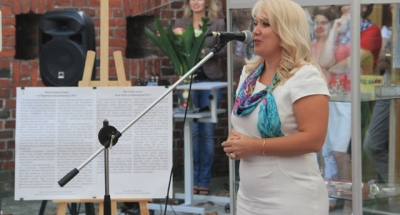 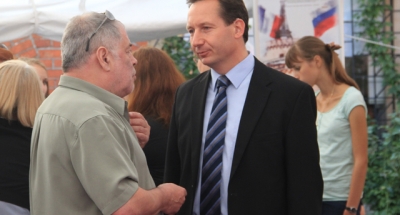 President of the Association "Un jour, un artisan..." Jean-Claude Guillemot and
Vice-Consul of the Consulate General of Germany
in Kaliningrad Daniel Lissner 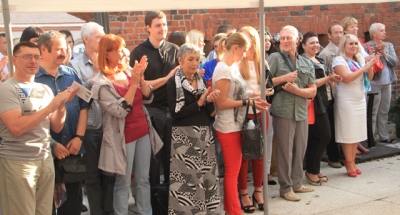 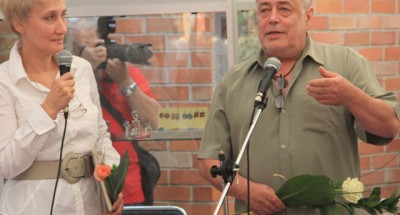 Curator of the exhibition, specialist
of the Department for Exhibitions and Projects
of the Amber Museum Svetlana Ivanova and
president of the Association "Un jour,
un artisan..." Jean-Claude Guillemot 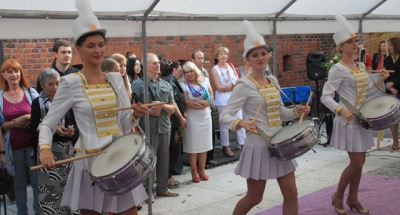 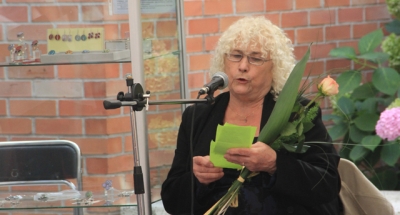 Representative of the mayor of 15th
arrondissement of Paris
Ms. Chantal Shapley 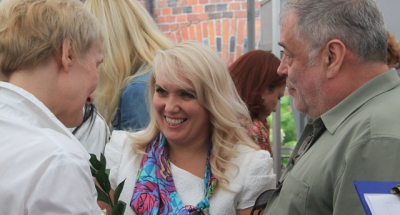 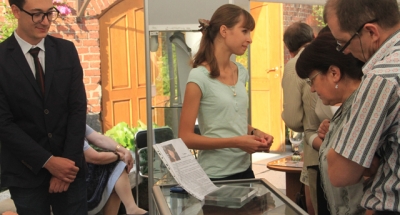 Visitors are viewing the exhibition of the "Violet Street" project