The Night of Museums 2019 has been held

Guests of the programme "The Art to Reflect" dived into the world of modern theatre for several hours.

There were several theatrical stages set on the museum's territory. In the outer yard the main action was happening on the stage, where actors from Kaliningrad Regional Drama Theatre and art laboratory "Partisan Sapphire" performed with the play "Immersion".

Then guests got in the inner yard to the show of barrels drummers featuring dressed up characters – the Shining Dragon and the Sea Serpent.

In the evening one could walk along the exposition accompanied by a guide and watch two new exhibitions of amber works – "Spring Mood" and "Stories in Jewellery".  In the halls of the ground and first floor actors from the theatrical laboratory "ActOpus" engaged spectators in the immersive show and put on acts from some famous films. Then the artists and all show participants went out to the inner yard, where at the view of the audience the outcome of the act happened – rescue of the main female character of from the Sherlock movie.

In the basement floor there were guided tours and interactive stages: "Green Room", "Dressing Room" and "Script Writer's Workshop", in which both children, and adults took part.

The programme finished after the midnight with a bright fire show. 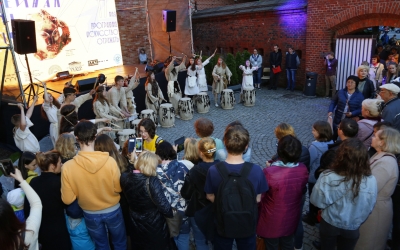 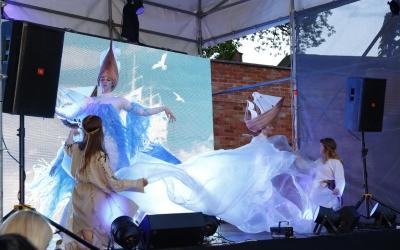 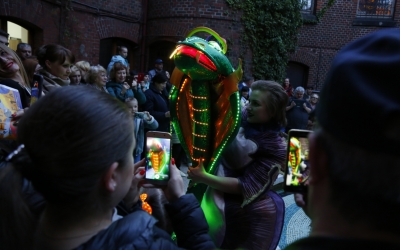 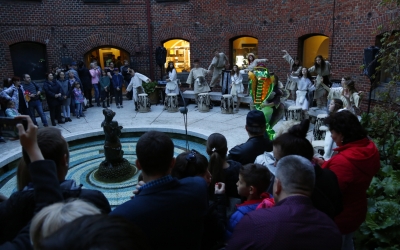 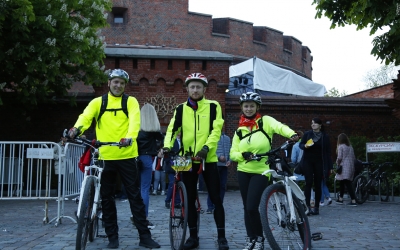 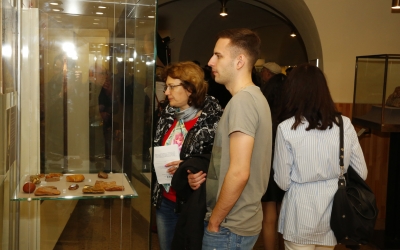 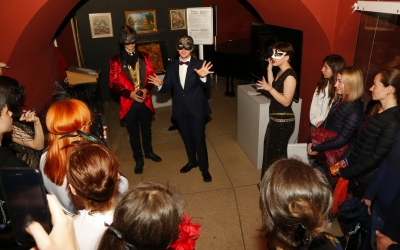 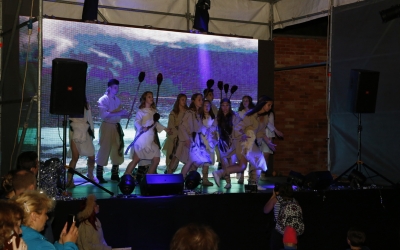 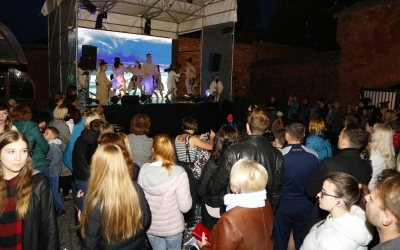 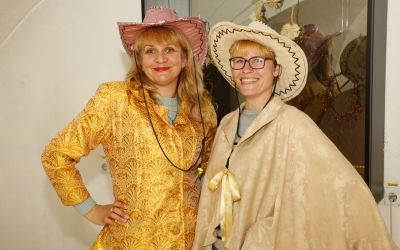 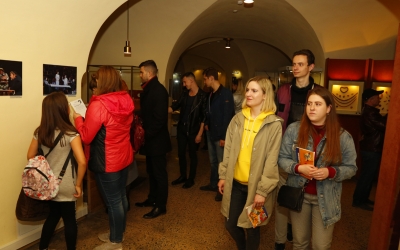 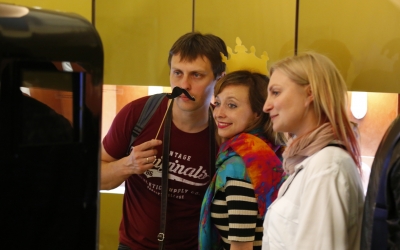 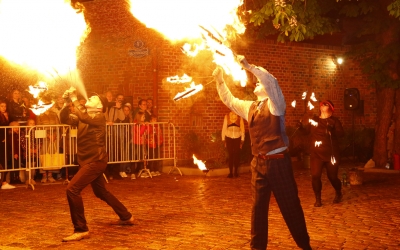 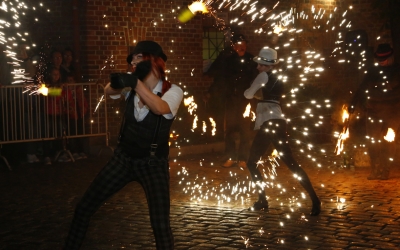