Facing the Maslenitsa festival, collection of Russian national costumes from the private collection of Svetlana Lebedeva will be shown in the Amber Museum

From 28 February to 22 March, there will be both historical original dresses, and modern versions shown in the exhibition "Span, Waved, Embroidered...".

Historians and culture experts think that Russian national costume in its regional varieties was formed by the 12th century. Several most significant types are distinguished: North Russian, South Russian, and costume of Central Russia. In their turn, each of them is represented by everyday and festive kinds.

Until the late 17th century, national costumes were worn by all social strata, that is why following costumes are distinguished: peasant, city and land-owner's costumes. Following features are typical of all of them: multilayer was, strait or downwards wide shape, bright colours, accessories as a must. Women's dress was always more complicated and colourful that men's one. Linen, woollen, and silken fabrics were used, mostly they were red, green, blue, and white colours, also colour-woven variations were wide-spread.

Svetlana Lebedeva started gathering her collection of Russian national costume in 2006. She graduated from Moscow State University for Culture and Design (2009), teachers in S.Rachmaninov Kaliningrad Regional Music College, she is art director of the Chekalovsk House of Culture. Four years ago she organised and has been leading a n amateur association "Study of Russian Traditional National Costume".

There is an important task for the Amber Museum – to gather a collection of national costumes from different regions of the world, where amber as a decorative and symbolical element is used. There are examples of women's national costumes in the museum's collection: costume of Baikal Old-Believers (Russia, early 20th century) and Lindhorst one (North Germany, 19th century). 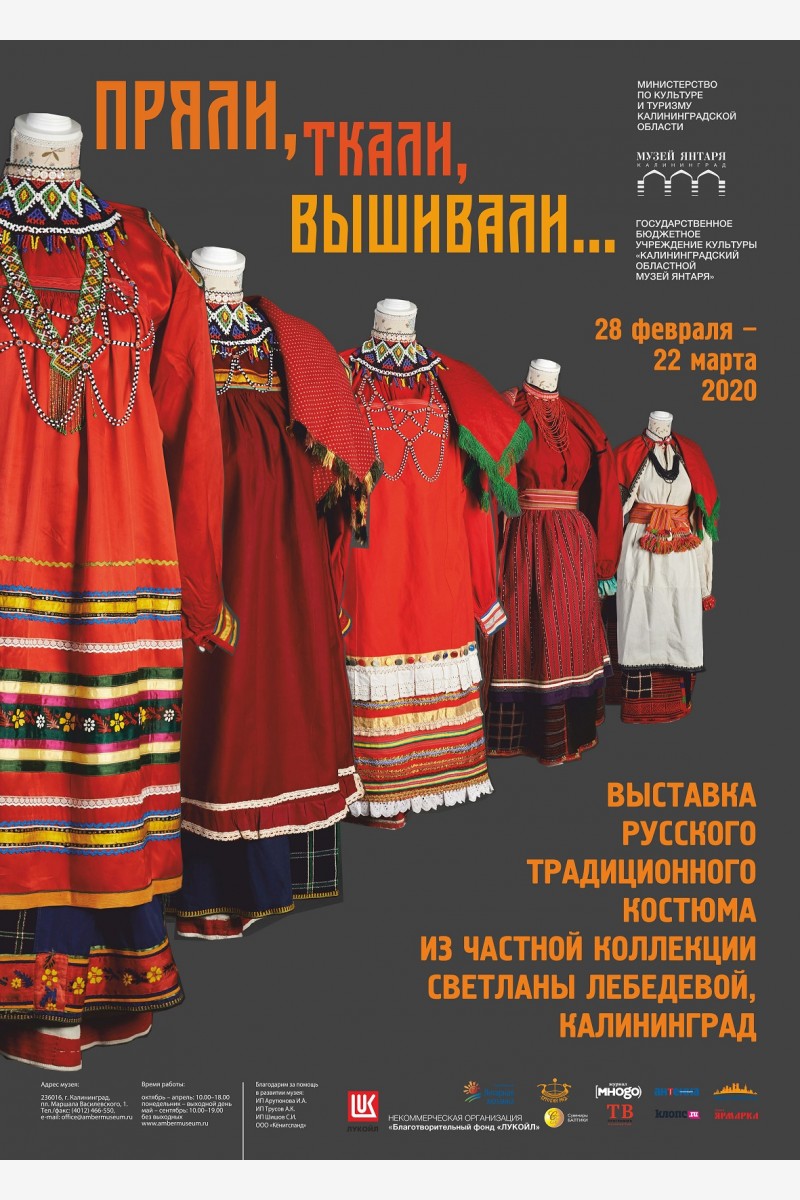