News from the research department: a big cerambycid from the museum collection

In the course of research of the collection kept in the Kaliningrad Amber Museum, an interesting beetle has been found and identified (among many other rare samples from different families) – the only representative of the Cerambycidae family among the museum material.

Length of the species from amber with an registration number "КМЯ № 4374" is 13 mm, the beetle in not damaged. that allows to consider the inclusion as rare and especially valuable. The capricorn beetle appears to be a big female belonging to the fossil species Nothorhina granulicollis Zang, 1905 from subfamily Spondylidinae. The extinct species is variable in size (length of the body varies from 7 to 14,5 mm), it was described for the first time in the early 20th century by one of the pioneers of palaeoentomology, Prussian entomologist Richard Zang, and later it was found several times in Baltic amber. 100 years later, in 2006, the specific description of the fossil species was significantly expanded and enhanced in the work by Francesco Vitali, modern expert in fossil capricorn beetles.

The genus Nothorhina, which the extinct species belongs to, and so does the sample from the Amber Museum, is represented in the today's world only by two species in Eurasia – the European-Siberian Nothorhina muricata and Northern-Indian Nothorhina gardneri. Both modern species of the genus are pine tree monophages (i.e. their larvae only feed on several trees of this kind and on nothing else). The beetles are found in June-July on living, old conifers exposed to the sunlight, in bark layer of which larvae grow. The species distributed in Europe is a relict of natural (i.e.unchanged by a human) conifer and mixed forest areas, a rare beetle added to the Red Books of several European countries (German, Sweden), not found in the Kaliningrad region, but living the neighbouring Lithuania and Poland. .

Based on biology knowledge of the modern species of the genus, it is fully rightful to conclude the similar biology of their fossil relative of 40 million years old. It is very probable, that the extinct beetles Nothorhina granulicollis were connected to the old living trees of the extinct amber-bearing conifer (Pinus succinifera), whose resin has become Baltic amber after millions of years. Beetles of this species got into amber not by an accident – food connection of the modern representatives of the species with pine trees, presence of both male, and female insects in the fossil resin, so the relatively (in comparison with other capricorn beetles) high frequency of occurrence in Baltic amber is a combined evidence to the fact that living trunks of the amber-bearing conifer were a spawning bed for the beetles, and the bark – a place for the development of their larvae. 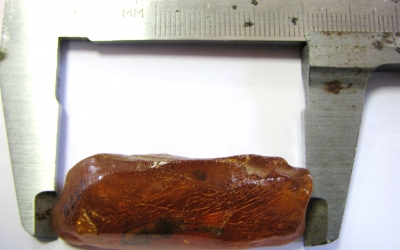 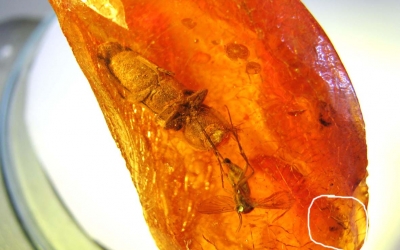 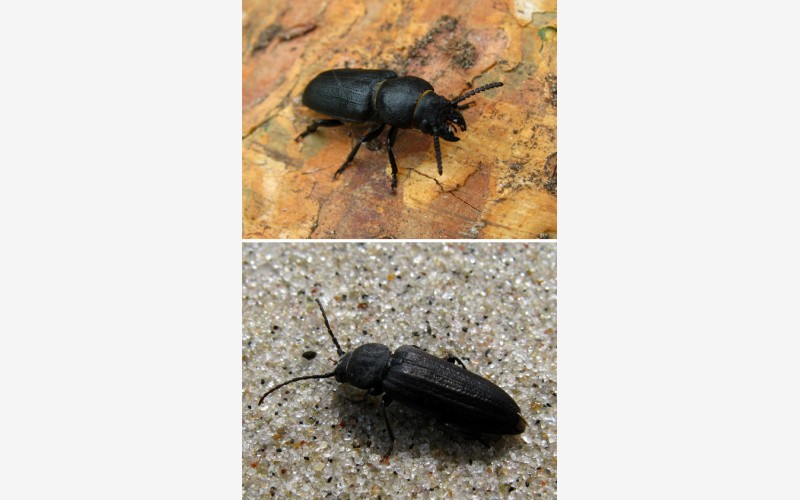