A cello and pianoforte concert

On Friday, 25 October, a music night "Youth of the Ancient Strings" takes place in the museum, where Irina Danchenko and Tatiana Prilepskaia are going to perform. Classic compositions by J.S.Bach, A.Vivaldi, P.I.Tchaikovsky, C.Debussy, and other great composers will be played on cello and pianoforte.

Programme "Youth of the Ancient Strings":

Johann Sebastian Bach SARABANDE from the Cello Suite No. 5

Irina Danchenko (cello) – laureate of regional competitions in Moscow and Kaliningrad, graduated with honours from the Kaliningrad Regional Musical College named after S.V.Rachmaninov and Russian Academy of Music named after Gnesins (Moscow). She was soloist of chamber and symphonic orchestra in Sevastopol, Kaliningrad, concertmaster of the cello ensemble "Miniature". She has successful tours both with solo concerts, and as member of ensembles in cities of Russia, France, Poland, Germany, Italy, Sweden. She works as concertmaster and teacher in the Kaliningrad Regional Musical College named after S.V.Rachmaninov, Children's Music Schools named after E.Glier and D.D.Shostakovich. She successfully combines teaching with the concert work.

Tatiana Prilepskia (pianoforte) – graduate of the Donetsk Music Academy named after S.S.Prokofiev, concertmaster in the Kaliningrad Regional Musical College named after S.V.Rachmaninov. She has been awarded diplomas of national and international competitions and festivals in Russia and Europe.

Irina Danchenko and Tatiana Prilepskaya are laureates of the Regional Contest of Teachers "Both Skills, and Inspiration" (Kaliningrad). 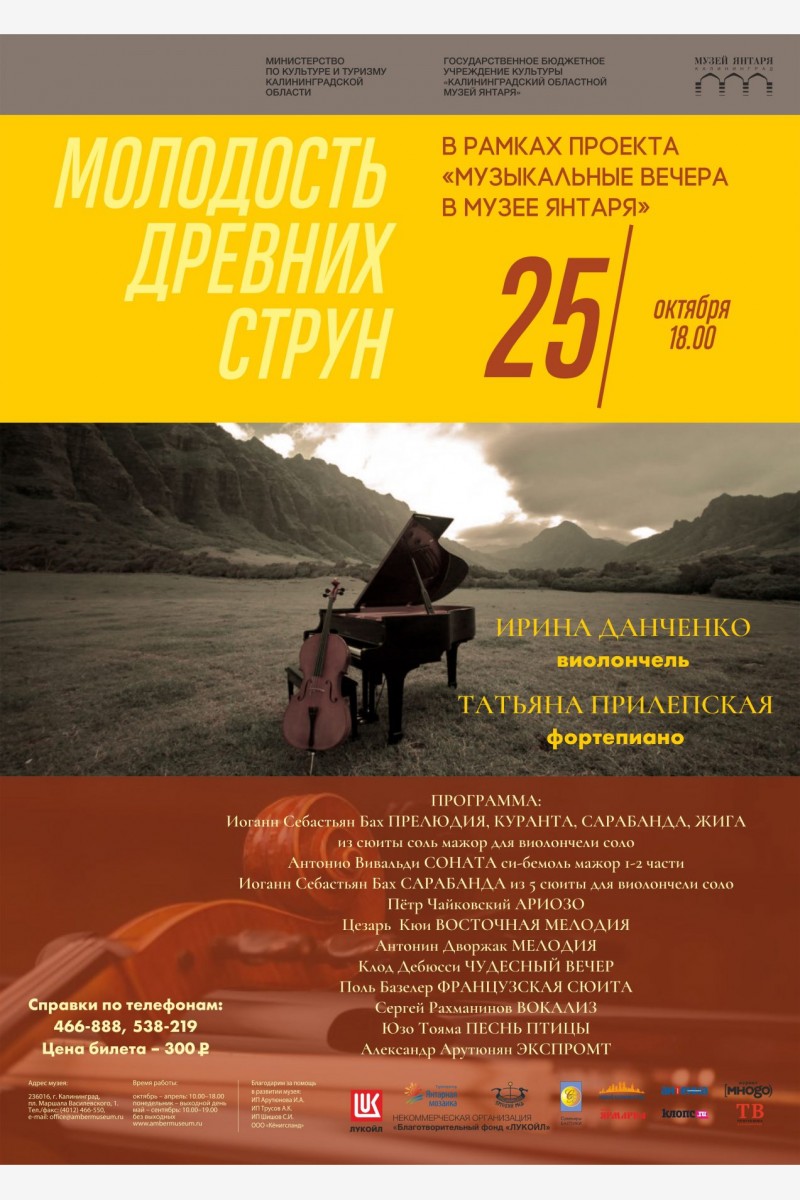