The exhibition "Vagabond Masters" dedicated to archaeological finds has been opened in the Amber Museum. When the museum resumes its work, the first guests after the quarantine are going to see objects by goldsmiths from the 10th–4th centuries B.C.

Metal masters made the most part of works from the Bronze Age and Early Iron Age found in our region. Goldsmiths of that time made weapons, working tools, adornments, dishes, etc. Masters from the regions with advanced metallurgy (usually from the territories where metal deposits were located) travelled around Europe making their production in different places. Finds of foundry waste, semi-products, bronze bars and so-called treasure-troves of "jewellers" testify to that. They exchanged their products to the local goods which were of the interest for the further exchange. In our case, of course, it was amber! Usually, these vagabond craftsmen travelled in "artels" due to the security and to get more orders.

Bronze items were extremely expensive, that is why archaeologists find them either as part of a treasure-trove, or in burials of local noble people. These can be armament items – axes, swards, as well as adornments – various bracelets, torcs, pins, etc.

Numerous find of this period demonstrate the wide geography of contacts between locals and neighbouring cultures and regions,sometimes locating rather far from the Baltic Sea coast. Judging by location of these findings, they are drawn to systems of numerous rivers connected with the Vistula Bay and Pregel, which were part of the old trade route (since the Neolithic Age), joining Kaliningrad Peninsula (the place of extraction of the "sunstone") with the mouth of Vistula and other European regions.

Naturally that in during that distant times local inhabitants moved both on foot along numerous brooks and rivers, and by means of water transport – dugout boats. At the exhibition, there is such a boat made of a trunk of one tree. Namely on such boats goldsmiths usually travelled.

Their "treasures" left as deposits on the foreign land and found thousands of years later allow us to see various objects once hidden from prying eyes and outlived their unknown creators.

Candidate of historical sciences, senior research associate in the Amber Museum Leonid Efremov has prepared for you the virtual guided tour at the exhibition. 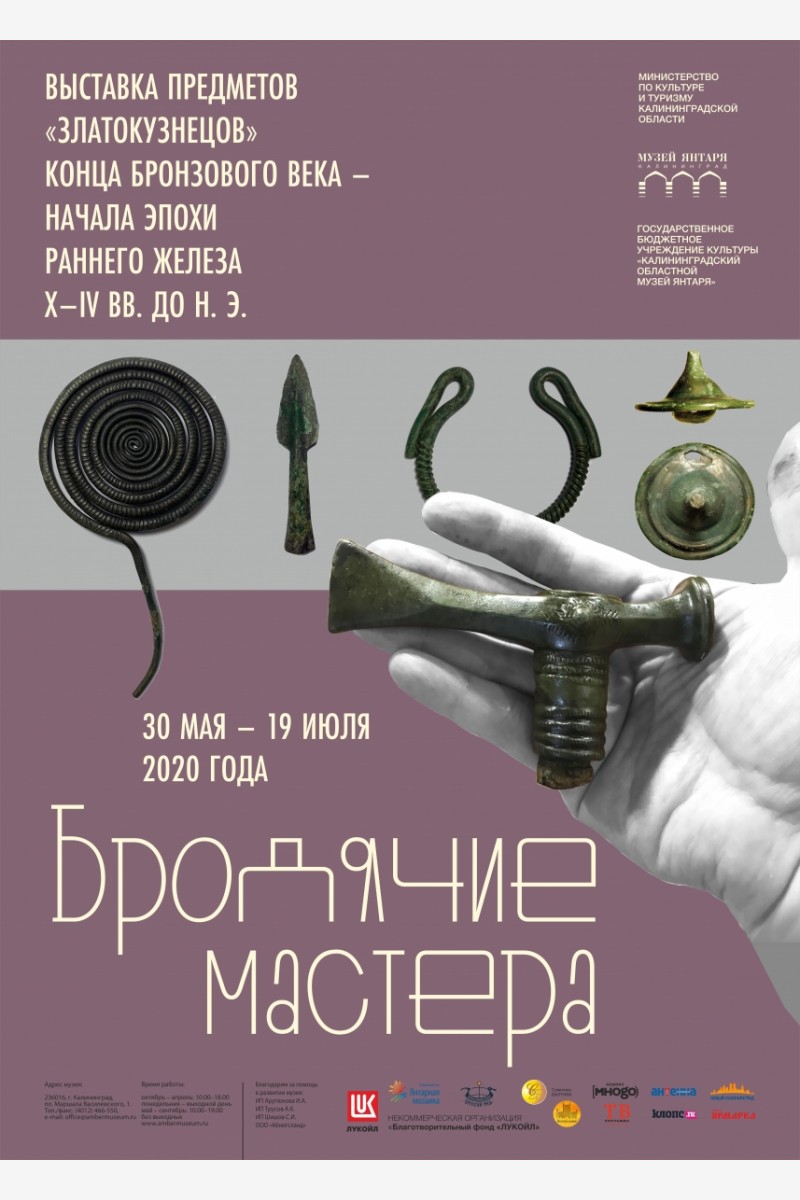