The 75th anniversary of the Königsberg assault

Today is the 75th anniversary of the Königsberg assault. We congratulate all veterans to this memorable date!

On 9 May 1945, the Soviet Army conquered the unassailable capital of East Prussia after tough battles.

To honour this event? in April, the Red Banner is set on the very top of the tower, where the Amber Museum is located today. The first show of a film about the assault of the "Dohna" tower – "Königsberg. Downfall of the Fortress" – which we managed to shoot in cooperation with the TV-channel "Zvezda" (Star) in February, takes place today, on 9 April at 17.50 Kaliningrad time. In Moscow it begins at 18.50.

The Research Associate from the Amber Museum Leonid Efremov took part in the film-shooting.

Based on archive documents, he is going to give a precise chronicle of those days in April 1945.

There many documents on the conquest of the city. But today, we would like to share with you a fragment from the book by Yurii Ivanov "The Fifth Version", his memories.

"...The colonel and I were at a former observation point of the 3rd Belorussian front command control, Fuchsberg mountain...We came here with Avenir (Ovsianov) to have a look at... Königsberg. Oh yes, here it is, the whole great city, with all the streets, quarters, squares, houses, cathedrals, churches, and castle. This toy-like 36 sq.m. layout of the city was built short before the Königsberg assault proposed and supervised by the officer of the 1st Baltic engineering command...Arsenii Maksimov. For 10 days, feverish work was made day and night in a small house in the outskirts of the taken by the troops of Red Army city of Wehlau. Hundred persons painted, glued small houses, buildings of the outer and inner fortification rings, big and small streets, alleys, parks, creeks, and lakes And defense works that were found both from the air, and from the ground by reconnoiters, who were sent to the lurking, tensely and dreadfully waiting for the beginning of the assault Königsberg. When the plywood and cardboard city was built, day and night hundreds of officers, division, regiment, squadron commanders, commanders of assault teams, also air pilots, artillerists and tank crewmen came look at it, study location its streets and squares. They came to study "their" sector to be able to imagine movement of their battle groups, squads not to get lost during the fight in the maze of old town's streets. Mostly, the senior lieutenant Maksimov was giving the explanations, he was hoarse, exhausted and had red from insomnia eyes. He had built this city for the attentively listening to him people to be able to take Königsberg be assault, in fact to ruin, destroy it, as otherwise it was hardly possible to conquer this powerful fortification... Later, during the civilian life, having become and architect of the city, trying to reconstruct something there, he often remembered that nervous, feverish days before the Königsberg assault. How complicated everything is, isn't it? To create to destroy to create...". 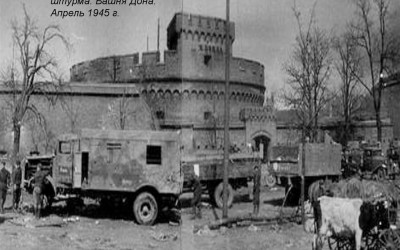 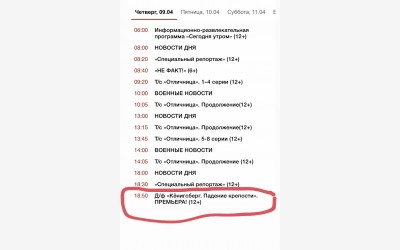