"The Same Sky is Above Us"

On 29 May, an exhibition of amber works by artists from the regional public organisation "Kaliningrad Guild of Amber Craftsmen" opens in the Amber Museum.

The opening is going to take place in the virtual space – museum's official Internet platforms.

Well-known in Russia and other countries artists will present jewellery, sculptural compositions and decorative panels, by means of which they have expressed their love to the "Baltic gem" and loyalty to the higher quality standards of masters from the past.

Since 2016, the Kaliningrad Guild of Amber Craftsmen has been actively collaborating with the Kaliningrad Regional Amber Museum. Annually, exhibitions of works made by artists-members of the guild are held, the artists participate a lot in the most significant projects of the museum.

This year, it was decided to name the exhibition "The Same Sky is Above Us". It is also the title of a book written by the known Kaliningrad writer and public activist Yurii Ivanov (1928–1994). It was created in 1989 and dedicated to post-war events happening in East Prussia. According to the chairman of the Guild Yurii Velikotskii, the exhibition is being prepared during the pandemics 2020. "It is related to the disturbance of our daily habits, general tension and necessity to "keep the distance" between each other. And only the sky above, the same for everyone, unites us, encourages optimism and urges to continue working".

You will be able to see the works until 26 July. 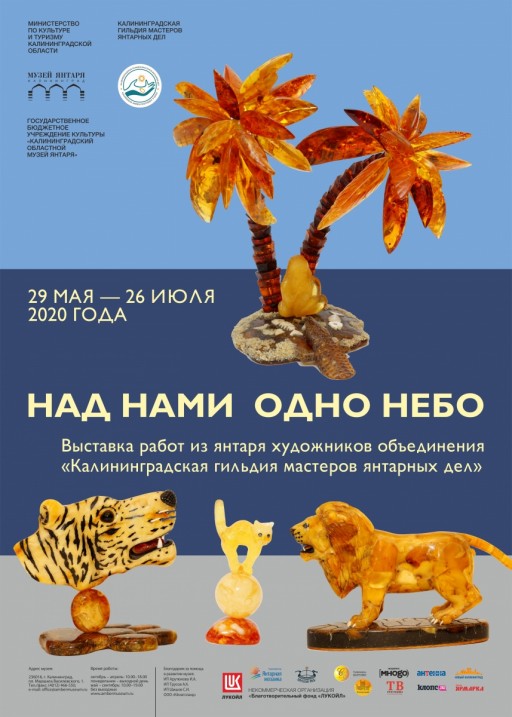