The cup on a high stand with a wooden base. Bowl of the goblet is made of silver in the shape of a rowboat decorated with stained-glass amber mosaic of milky yellow colour. The cup is ornamented with two garnets and a pearl. The stand is made in the form of two silver fishes embracing each other, which hold the cup on their tails. The texture of fishes bodies is carefully made. Eyes of the fishes are made as closed holders with garnets inserted in them. Heads of the fishes lie on the oval base consisting of two layers: the upper one is made of yellow amber with a figured pattern, the lower one – from wood. Base of the goblet is an oval wooden mount, which four pearls are glued to, the whole work leans on them.

Makhankov Vladimir was born on 14 September 1961 in Kaliningrad. In 1986, he graduated from the Ivanovsk College of Art, Decorative Department with specialty as artist-decorator. He lived in Saratov, made decorations for festivals, created dolls, interior works, wood carvings, embossing, commercial art. Since 1992 he has been living in Kaliningrad and working with amber. Since 1994, he has been participating in exhibitions. Member of the Creative Union of Russian Artists since 2004. 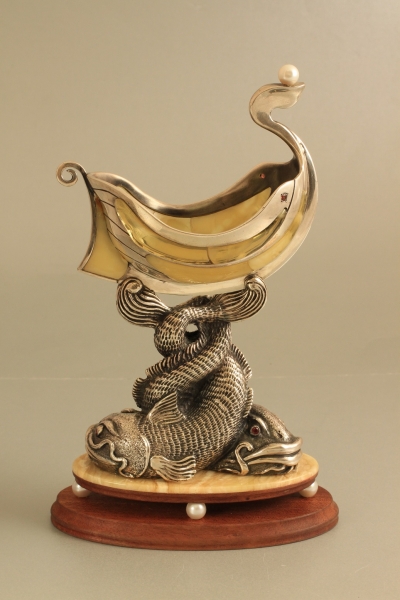 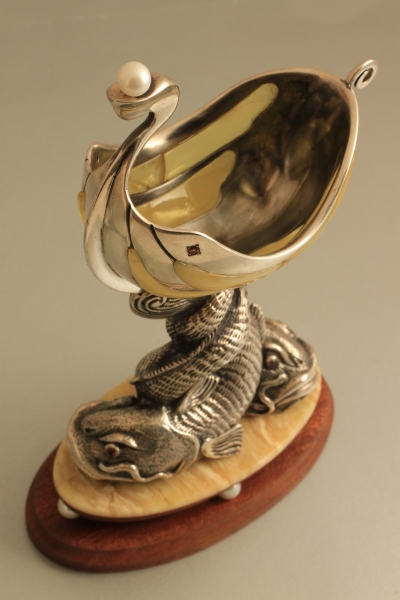