A rigid unclosed round bracelet is made of a wide single polished silver band. The bracelet is decorated with a big piece of amber, which is fixed to the bracelet with two metal pins. Amber is almost unworked and covered with the oxidised crust. One of the sides of amber is sawn off and polished in such way, that the white-yellow colour of amber with a cloudy pattern are seen.

Konrad Laimer was born on 1 September 2960 in Vinschgau (South Tyrol, Italy). Following apprenticeships with Walter Erckert in Merano in 1976 and the school for master craftspeople in Bolzano in 1983-1985, he studied sculpture and jewelry under supervision of Ewa Rene Nele at the Salzburg Summer Academy for Fine Arts (Austria); then from 1987 to 1989, he worked there as assistant. In 1987 he established his own studio in Naturno (Italy). In 1998, he received a special prize at the First International Crafts Contest in South Tyrol. In 2004, he established the long-term Claudia Augusta Project. In 2012 the C.A.Project was turned into an official organisation, whose president is Konrad Laimer. Since 2009, he has been collaborating with the Kaliningrad Regional Amber Museum. 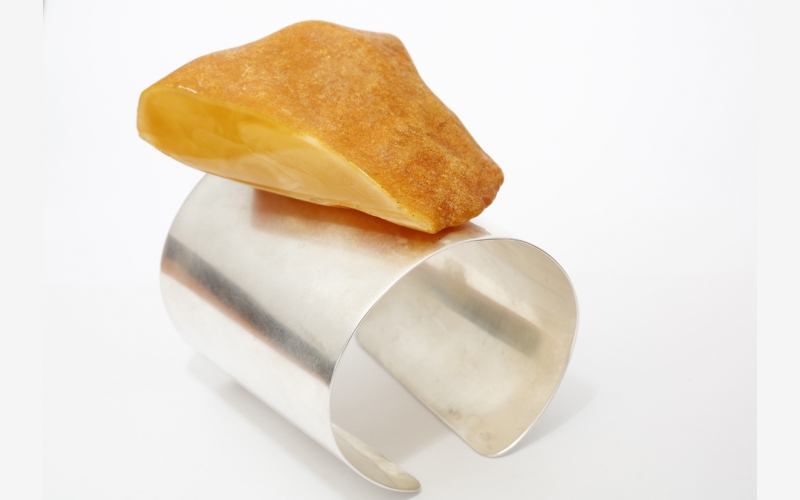