According to the Decree of the President of the Russian Federation from  09.05.2018 No 211 "On preparation and celebration of the 75th anniversary of the Victory in the Great Patriotic War in 1941–1945", with the deep responsibility for preservation of the memory of this most important event of the 20th century, the Kaliningrad Regional Amber Museum dedicates the Ninth Regional Biennial of Amber Artworks to the memory of bravery and heroic courage of the Soviet people in their fight for independence. The Kaliningrad region, as a territorial entity of the RSFSR, and then of the Russian Federation, started its history from the last months of the Great Patriotic War, it has kept numerous material and immaterial evidences to this subject.

The Kaliningrad Regional Amber Museum is proposing to artists and young craftsmen to participate in the regional contest and exhibition, to demonstrate their excellence in working the sunstone, present both traditional, and innovative methods and approaches in treatment of one of the most mysterious gems in the world, reflect images of events, facts, symbols, etc. from the national history in their amber artworks. 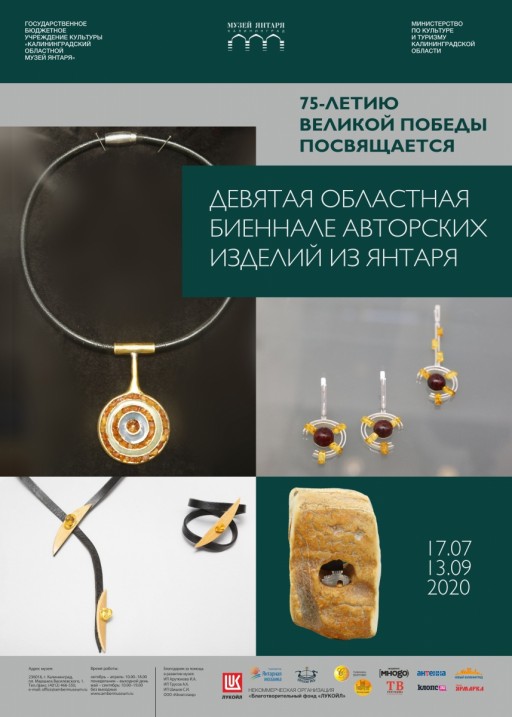 The event is part of the annual project or biennial

News related to this event