The project "Microworld of Amber" has been intended to popularize natural and scientific collection of the Amber Museum. In the course of exhibitions we present inhabitants of the "amber" forest and tell about their life. Items that due to different reasons are not exhibited in the museum's permanent exposition often become showpieces of the project.

The variety of natural forms of amber depend on the specific character of its origin. Resin discharges from a succiniferous conifer depending on their place have specific, typical of every group structure, size, shape, and relief of the surface.

One of the most interesting and rare to find shapes of amber is the shape of a drop. Of all the extracted amber around five percent of it are drops.

How did they form? In horizontal or slightly bent branches of succiniferous conifers resin pockets were formed, rupture of which caused a rapid and continuous discharge of resin in the form of drops.

The shape of a drop was influenced by circumstances of the resin discharge.

A regular, almost of spheric form drop hang from a conifer. Due to the resin's viscosity the drop had the time to harden still hanging from the branch, such drops have almost not been further deformed. The resin was viscose enough, that is why many drops have thin necks.

Big drops were formed during the continuous resin discharge, therefore the structure of these drops is homogenous. Also viscosity of the resin influenced size of a drop.

Drops with a growth were formed, when discharge of the resin from a resin pocket happened with breaks. The first portion of resin petrified and got the crust, and the next portion did not mix with the previous one, so it formed a wart.

What could cause the deformation of drops?

Not yet hardened drop touching some object, for instance, a branch leaving an imprint on its surface, if the deformation happened during the growth of a drop, it could be rather significant.

Discharge of the resin could happen through cracks in the bark. In this case the drop stuck to the tree not in just one place, but with the whole flat rough edge, what ruined the classic drop shape.

The most serious deformations, down to the total flattening, happened with drops due to falling. Only drops that fell into silt of water kept their shape. 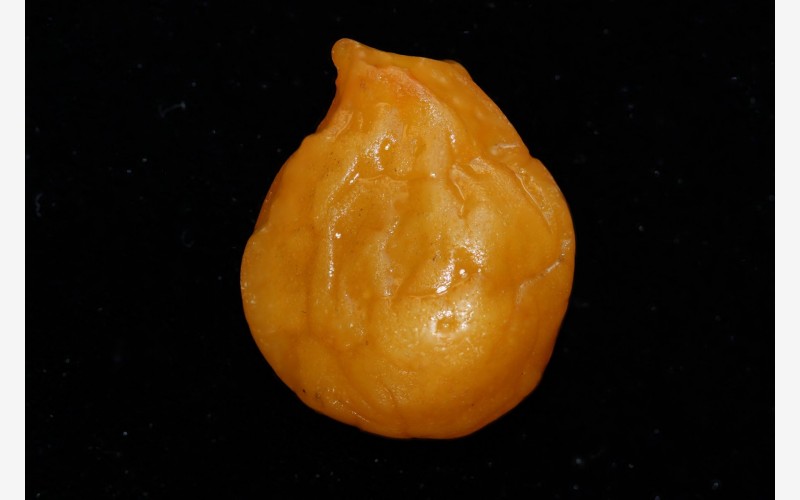 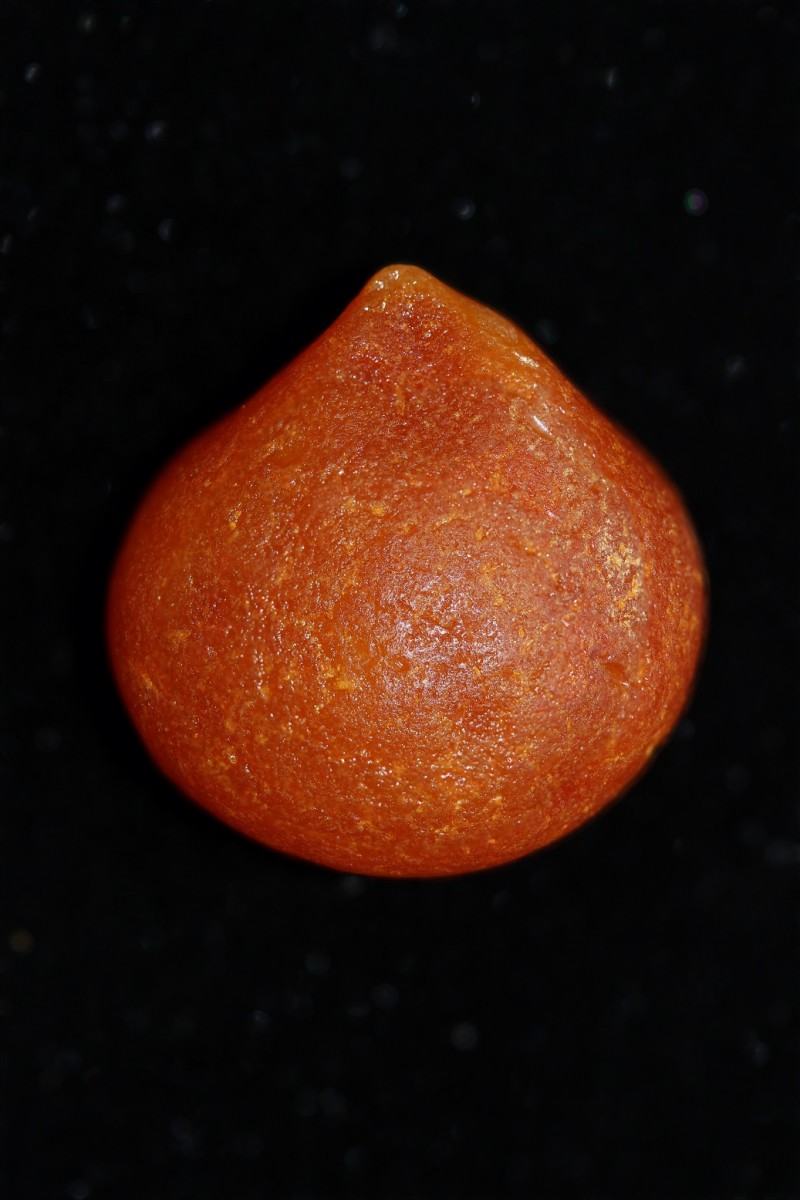