The company of the world renown, State Amber Manufactory, was established in Königsberg in 1926 and existed until the end of the Second World War, 1945. As an establishment in processing and production of items from amber, it was the biggest amber manufactory in the world. Objects made at the manufactory are distinguished by the high quality of execution and artistic level of the mastery. The period between the 1930s and 1940s is considered the second golden age of amber art.

Project of the casket was developed by the leading designer and art consultant at the State Amber Manufactory Hermann Brachert in the 1920s–1940s. The most part af amber items was made based on his sketches and entered the mass production at the manufactory.

Hermann Brachert (1890–1972) – an outstanding German sculptor and amber artist. From the late 1920s until 1944, he worked as an art consultant at the State Amber Manufactory in Königsberg, where he designed amber items, created models, carved works, and other sculptural works from amber and other materials. Thanks to his efforts, the art of processing the Baltic Gold was brought to a new level of quality.

Over the span of his creative activity, he created around 70 amber works and over 100 bronze and marble sculptural works. In 1991, a museum of the sculptor was opened in Otradnoye (Georgenswalde). 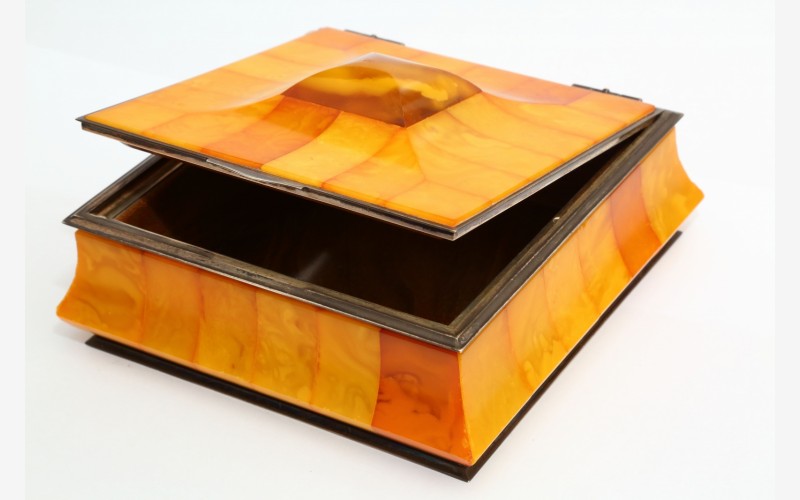